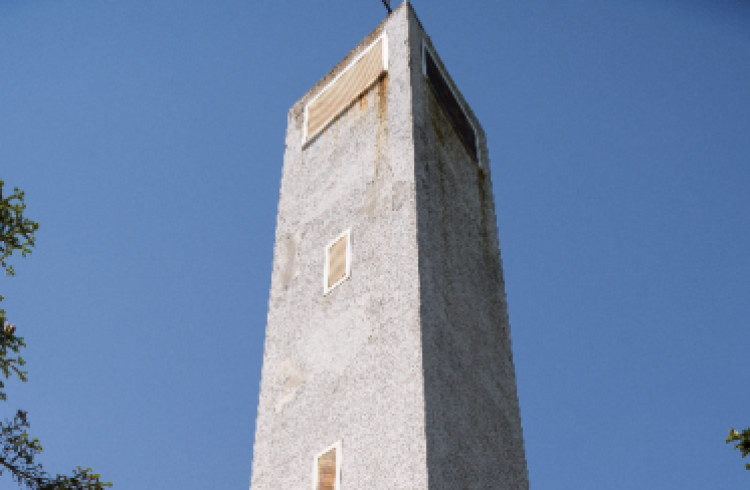 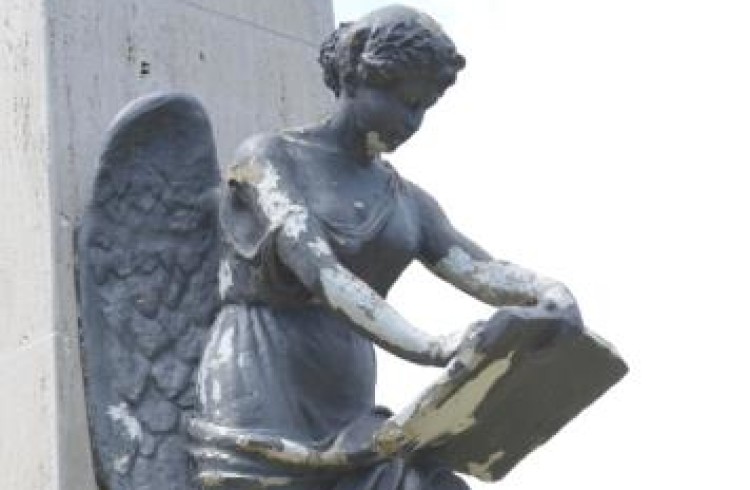 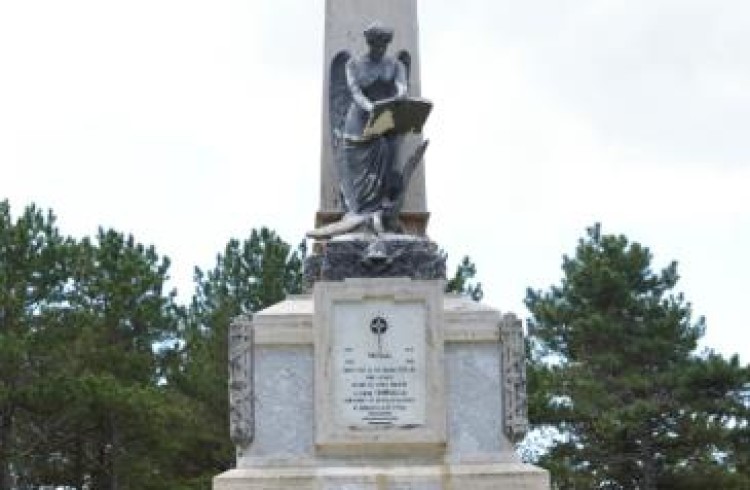 The climate in Abruzzo, Italy, is strongly influenced by the Central Apennine Mountain range. The
sub-mountainous area has a continental climate, with frequent frosts in winter and high
temperatures, even above 30 °C, during summer. Rainfall is strongly affected by the presence of the
Apennine mountain ridges, resulting in an annual precipitation average of 1500 mm. Frequent
snowfall is caused by cold air arriving from the Balkans. The monuments selected for this study are
located in the town of Torricella Peligna, in high foothills region. This site has no significant
concentration of anthropogenic nor atmospheric pollutants.
In Torricella Peligna, two war memorials were chosen as case studies: The Tower and The Angel.
THE TOWER
The Tower was designed in 1950 by Walter Sibona to commemorate 120 civilian victims of the
Second World War and was completed in 1961. It is about 20 meters high and the base is in chiselled
stone surrounded by an iron railing decorated with depictions of the coat of arms of the village of
Torricella Peligna. Located at the highest point of the town, the tower does not have surrounding
buildings and is fully exposed to weather conditions.
The monument is a truncated pyramid with a squared base. The load-bearing structure is made of a
reinforced concrete frame with four decks formed by beams and pillars and 4 round reinforcement
rods of 14 cm in diameter at the corners of the pillars and round brackets of 8 cm in diameter with a
pitch of 15 cm. The infill walls are also made of in-situ concrete blocks, with dimensions of 15x15x30
cm, laid on horizontal courses with alternating joints in the adjacent rows (Fig. 4.1). The interior is
bordered by a series of walkway floors connected by stairs.