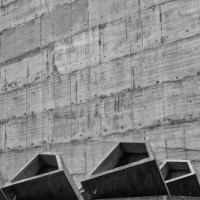 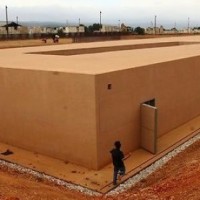 Integrally colored concrete is made by adding mineral oxide pigments to concretes made with either white or grey cements. White cement is used for lighter shades of concrete, but red, tan and dark grey hues can be made using grey cement . 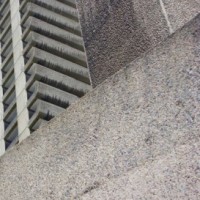 The aggregates and additives used in concrete can be chosen to give the desired surface finish through combinations of materials, textures, shapes and sizes, colors, etc... To achieve a more noticeable effect, surface treatments can be applied to the concrete after it has set to expose the aggregates and create texture, shine or roughness. Some examples include terrazzo pavements and many types of prefabricated façade panels. There are various exposure methods contractors can choose from, depending on the desired look and the size of the project: - brushing and washing - using a surface retarder - abrasive blasting 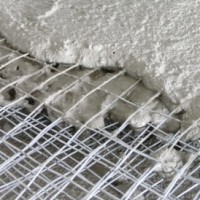 Ferrocement was developed by P.L.Nervi, an Italian architect, in 1940. A composite structural material comprising thin sections consisting of cement mortar reinforced by several closely spaced layers of steel wire mesh. Ferrocement is a low self-weight, highly versatile form of reinforced concrete. It consists of cement mortar and a large amount of small-diameter wire mesh embedded uniformly throughout the cross section. The strength depends on two factors: the quality of the sand/cement mortar mix and the quantity of reinforcing materials used. 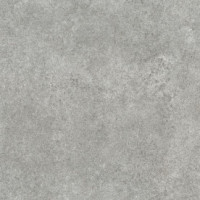 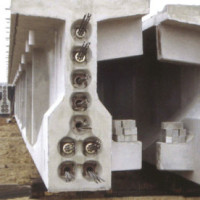 Structural concrete in which internal stresses have been introduced to reduce potential tensile stresses resulting from loads. Prestressing is a method that helps increase the strength of reinforced concrete, specifically making it possible to increase the distances between supports. As such, it is very common in bridge construction and for creating large spans without intermediate supports. These long spans are achieved by subjecting the structural elements to compressive forces in an initial resting position, prior to their use in construction. Once the elements are subject to loading, their capacity to withstand axial tensile stresses is increased and their structural behavior is substantially improved. Prestress — (1) to place a hardened concrete element or an assembly of units in a state of compression before the application of service loads; (2) the stress developed by prestressing, such as by pre-tensioning or post-tensioning. Pre-tensioning — method of prestressing reinforced concrete in which prestressing steel is tensioned before the concrete is placed. Post-tensioning — method of prestressing reinforced concrete in which tendons are tensioned after the concrete has attained a specified minimum strength or a specified minimum age. 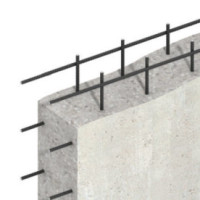 Introduced in the 1850s by the French industrialist François Coignet. Concrete is a relatively brittle material that is strong in compression but less so in tension. To increase its overall strength, steel rods, wires, mesh or cables may be embedded in concrete before it sets. This reinforcement, often known as rebar, resists tensile forces. By forming a strong bond, the two materials are able to resist a variety of applied forces, effectively acting as a single structural element . 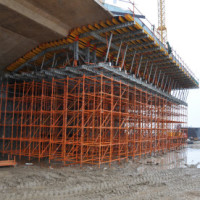 Formwork refers to the temporary or permanent molds into which concrete or a similar material is poured. In the context of concrete construction, the falsework supports the shuttering molds. Traditionally, formwork is built on site using timber and plywood or moisture-resistant particleboard. It is easy to produce but time-consuming for larger structures, and the plywood facing has a relatively short lifespan. It is still used extensively in cases where the labor costs are lower than the costs of procuring reusable formwork. Traditional formwork is also the most flexible type, so it may be used for complicated sections even when other systems are also being employed. In contrast, modular systems made from re-usable plastic formwork are used to build widely variable, but relatively simple, concrete structures. Falsework and centering are temporary frames used to support formwork; centering is often used specifically for the construction of an arch or vault