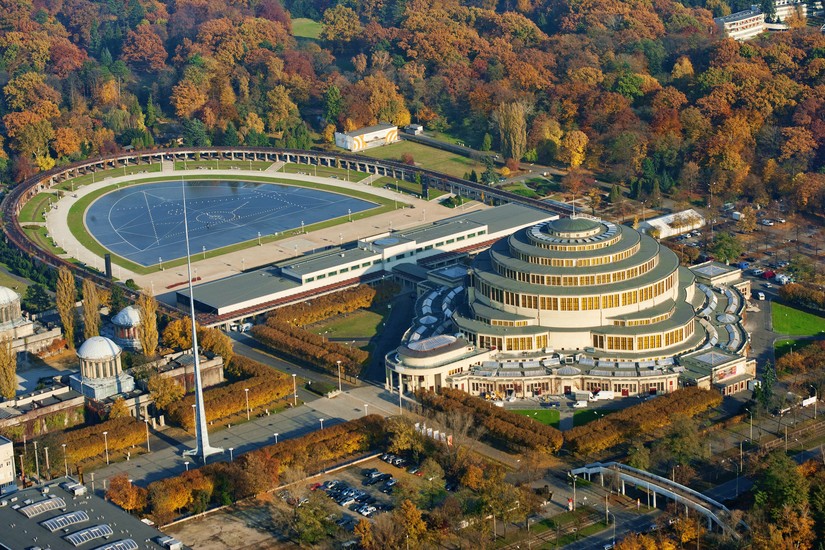 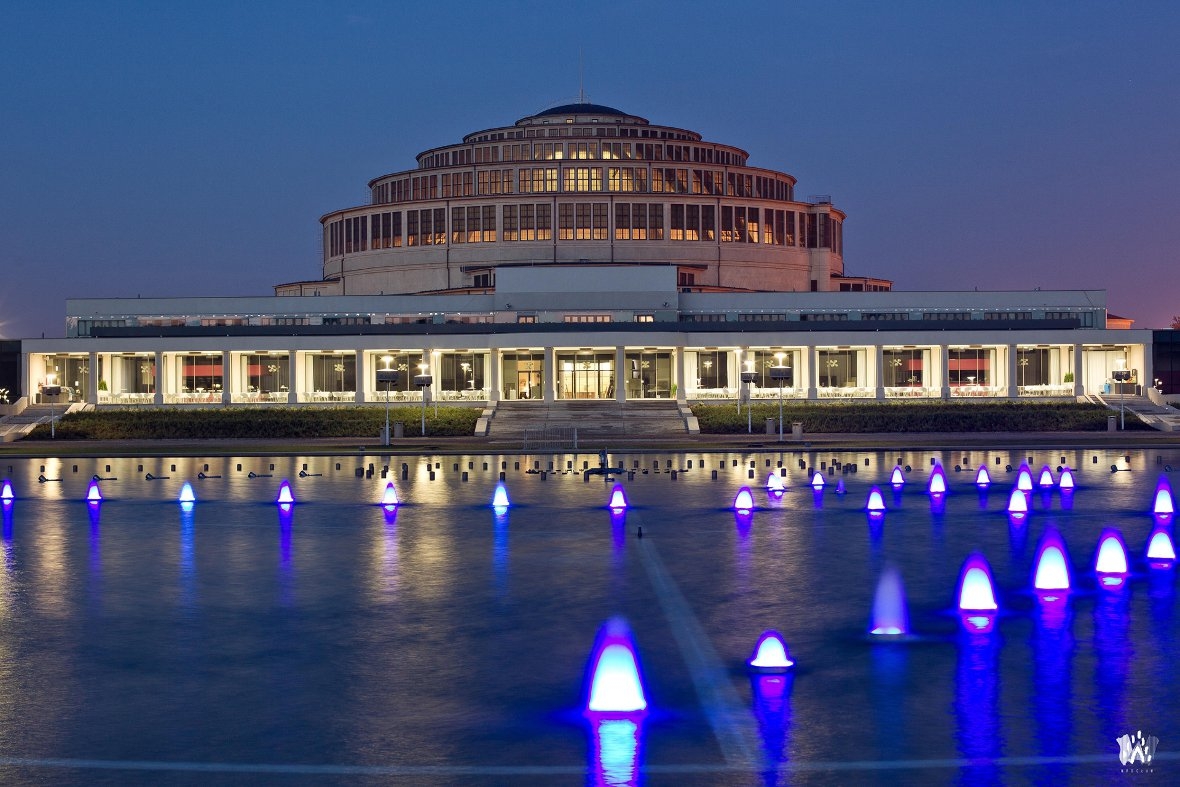 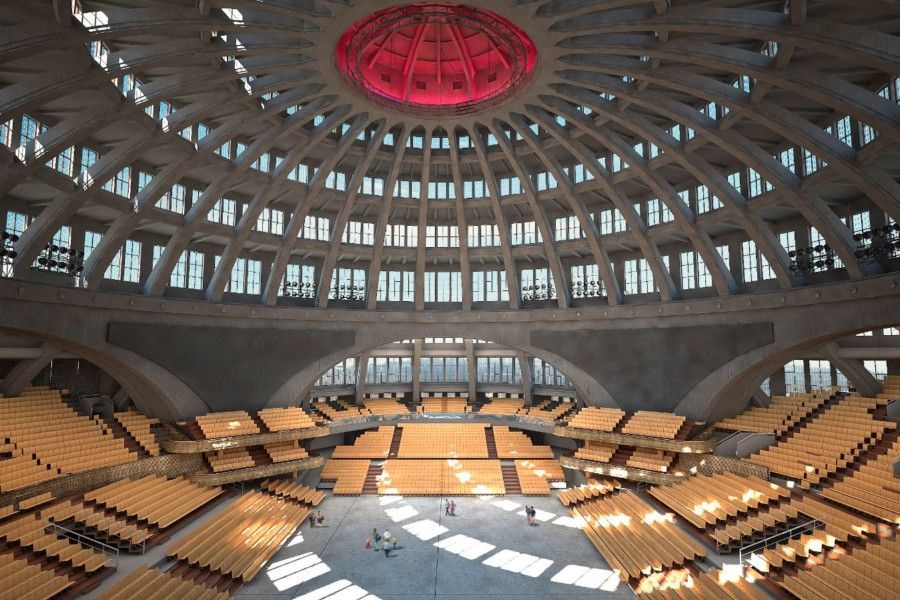 Max Berg designed this emblematic building, a symbol of the city of Wrocław, and a UNESCO World Heritage Site. The Centennial Hall represents a milestone in the development of reinforced concrete technology worldwide. It is a multifunctional building located on the grounds of the city’s trade fair, where there are contributions from the most outstanding names in German architecture of the period, from Hans Poelzig to Hans Scharoun. In this environment conducive to innovation, Berg was able to create a building – drawing on historic models – that combined an innovative use of a new technology with an optimal aesthetic result, opening up a myriad of new paths for experimentation.
The building, with a centralised plan, is covered with a 23-metre-high dome topped by a roof lantern, which transfers its load onto four semi-domes in contact with the ground. This spatial articulation clearly recalls Byzantine architecture, while the floor plan with double symmetry and a lobulated profile refers to models from the Italian Renaissance.
The entire load-bearing structure takes the form of concrete diaphragmatic arches, generating two clear structural levels. First, there is the circular dome, built with radial ribs which transfer their loads onto a lightweight concrete ring through four large arches that give rise to the four semi-domes. In turn, the semi-domes are built from concrete half arches that serve as buttresses, absorbing the lateral forces from the upper dome and transferring them to the ground.A series of continuous rings of vertical windows give the building its characteristic image of stacked circular floors of decreasing heights. On the exterior, where concrete and glass are the only materials, a classical architectural language is maintained, but its stylisation recalls the architecture of Auguste Perret who, at the same time, was building his first work in France.